Everyone gets a case of the common cold from time to time, and levels tend to pick up over the winter months, with many people complaining of coughs, blocked noses and sore throats. While the illness may not be anything serious or life-threatening, it can cause you to miss work and feel run down. Perk yourself up until your cold passes by relieving symptoms with the help of UK Meds. 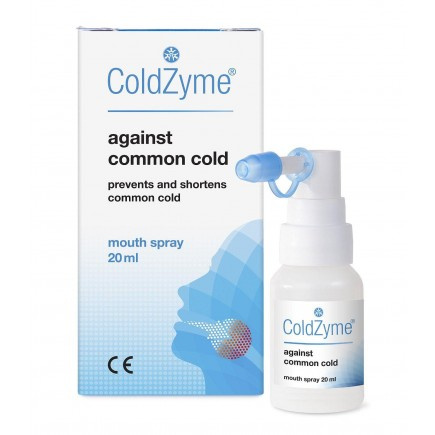 What causes the common cold?

Colds affect all of us, usually once or twice a year (more often for those with weaker immune systems) and leave us sneezing and coughing. Typically, the common cold also causes a runny or blocked nose, a sore throat, aching muscles and a general feeling of unwellness.

Contrary to popular belief though, there isn’t actually a cure for a cold. It’s caused by a virus, which is spread from person to person through touching contaminated surfaces or through airborne droplets from coughs and sneezes. Colds can be highly infectious, and you often find that entire households or office blocks pass the illness between them.

The fact that it’s a virus means that antibiotics are ineffective, and it’s actually dangerous to take them when you don’t need them, as they could cease to work in the future. There is no miracle fix unfortunately, you simply have to wait for the illness to run its course.

What’s the difference between cold and flu?

Sometimes, when you wake up with aching muscles, a heavy head and a blocked nose, you may jump to the conclusion that you have contracted the flu. It’s important to differentiate between the flu and a serious cold, but how exactly do you tell the difference?

The key identifying factor of the flu is a high fever, that often comes on very suddenly. Some colds are occasionally accompanied by fevers, but the one with the flu tends to be much more severe. Other than that, the symptoms (blocked nose, sore body, coughing and sneezing) are very much the same, hence why so many people mix the two up.

Both are viral infections which means that neither can be cured with antibiotics and treatment for either one is similar. However, you’ll tend to notice that you recover from the common cold much quicker than you do with the flu.

How can I treat a cold?

Because you can’t cure it, getting over a cold is about managing and relieving the symptoms as best you can. This usually means taking mild painkillers (such as paracetamol or ibuprofen) to help with sore throats, aching muscles and headaches. You can also use cough syrup to try and remedy a cough, or use congestion medication to try and clear a blocked nose. You can buy these treatments from UK Meds and with next day delivery options available, we’ll help you feel better as soon as possible.

Alongside medicines, there are a number of ways in which you can aid yourself in quick recovery. Stay hydrated with plenty of water or juice (steer clear of fizzy drinks or caffeine) and eat nutrient-rich food that fuels your body and helps it fight the infection. Try and get plenty of rest and consider steam solutions to relieve congestion.

Your treatment discreetly to your door in three easy steps

See how our service works in detail

Rated Excellent for our service on

Here to help you

Our Customer Service is available Monday to Friday 9am - 4pm. If you need urgent assistance, do not use this service. Call 111, or in an emergency call 999. Visit our help section