What contraception is best for me?

When it comes to contraception and birth control, there are a number of options for women of both the hormonal and non-hormonal variety. But deciding which one to go for is a very personal decision and one we’ve tried to make easier by offering you some more information, as well as pros and cons, below.

The contraceptive pill is a hormonal method of birth control that requires taking one tablet every day to prevent pregnancy. There are two different kinds; the combined pill and the progestogen-only pill (“mini pill”) which can be suitable for different women based on whether or not they contain oestrogen.

The contraceptive implant is a small flexible plastic rod that is inserted into the inner part of your arm, where it slowly releases progestogen to prevent pregnancy. Once implanted into the arm (by a medical professional), it will remain there for 3 years until you either have it removed or replaced. 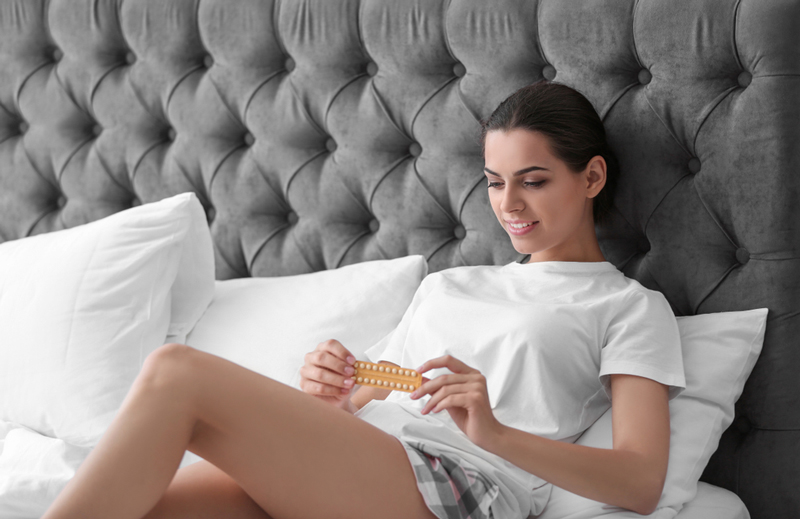 The contraceptive injection is similar to the implant in that it releases a slow stream of progestogen into the body, but this is done by injections every 8-13 weeks. The type will depend on how long they last, but all of them are administered by injection into your bottom (or occasionally upper arm).

The contraceptive patch (known by the brand Evra patch) is a small sticky square that you adhere to your skin for a week at a time, where it releases hormones to prevent pregnancy.

It works in the same way as the combined pill (it contains oestrogen and progestogen) but through your skin rather than an oral tablet.

The vaginal ring (NuvaRing) is a small flexible ring that you insert into the vagina to prevent pregnancy. It works similarly to other hormonal methods by releasing oestrogen and progestogen to prevent ovulation.

The IUD is a small T-shaped plastic device that is fitted into the womb to prevent pregnancy by releasing copper. It is also sometimes known as “the copper coil” or “the coil” and lasts for 5 to 10 years (depending on the brand).

The IUS looks exactly the same as the IUD but instead of releasing copper, this small T-shaped device releases progestogen to prevent pregnancy. It also doesn’t last quite as long, and should be removed or changed every 3 to 5 years.

Condoms are the only kind of contraceptive that protects against both pregnancy and sexually transmitted infections and are highly effective (when used correctly). They’re available in both male and female forms but the male version is the more popular by a long way.