Naproxen belongs to a group of medicines called non-steroidal anti-inflammatory drugs (also known as NSAIDs). They work to target pain and reduce inflammation and swelling that affects the muscles or joints.

What is Naproxen used for?

Naproxen is an effective painkiller that can be prescribed for a number of different ailments and conditions. It’s particularly relied upon in managing chronic conditions of the joints such as gout, osteoarthritis and rheumatoid arthritis.

Although it’s effective in treating pain of the joints, that’s not the only kind of pain that it’s suitable for. It’s also a common ingredient in period pain medications, as well as medicines to treat strains, sprains and back pain.

Something Naproxen is not used for though are common ailments such as headaches, fever or cold and flu. In the event of suffering with one of these things, you should still turn to paracetamol or ibuprofen unless otherwise advised by a medical professional.

How does Naproxen work?

Naproxen is an NSAID drug which means that it works to fight inflammation and targets the pain that it causes at the same time. When something in your body is inflamed, a hormone is produced that triggers pain. Naproxen (and other non-steroidal anti-inflammatory drugs) work to reduce this hormone and therefore reduce the symptoms of pain and inflammation.

Are all NSAID medicines the same?

NSAID medicines are categorized together because they have the same action, but that doesn’t mean that they’re comparable, like for like. For example, Ibuprofen (another common painkiller) is also an NSAID drug, but you wouldn’t use the two drugs to treat the same thing.

Ibuprofen is known as a short-acting NSAID. This means that it gets to work quickly, but the effects aren’t felt for a particularly long time. This makes it ideal for treating acute pain like headaches, toothaches and the common cold.

On the other hand, Naproxen is considered a long-acting NSAID. This means that it doesn’t provide relief that’s quite as immediate, but it does provide better ongoing treatment for pain. That’s why it’s more commonly prescribed for joint diseases, menstrual cramps and muscle aches.

If you are ever suffering from pain and aren’t sure which painkiller is best to treat it then you should always consult a medical professional by speaking to your pharmacist or doctor.

Can I buy Naproxen over the counter?

Generally speaking, Naproxen is a prescription-only medication. If you are taking Naproxen for any kind of joint condition (such as arthritis) or ongoing back or muscle pain then you will need a valid prescription before being able to take it.

There is an exception though, as Naproxen is the active ingredient in a number of period pain remedies and you can normally buy these over the counter in a pharmacy (in-store or online) without the need for a prescription. However, the pharmacist will still need to verify its suitability, as they do with all P line medicines.

If you’re taking Naproxen and are looking to buy it without the hassle of a face-to-face doctor’s appointment then you can order it through the UK Meds online prescription service. After an appropriate consultation with a qualified prescriber, your medicine can be with you the very next day, delivered discreetly to your door. 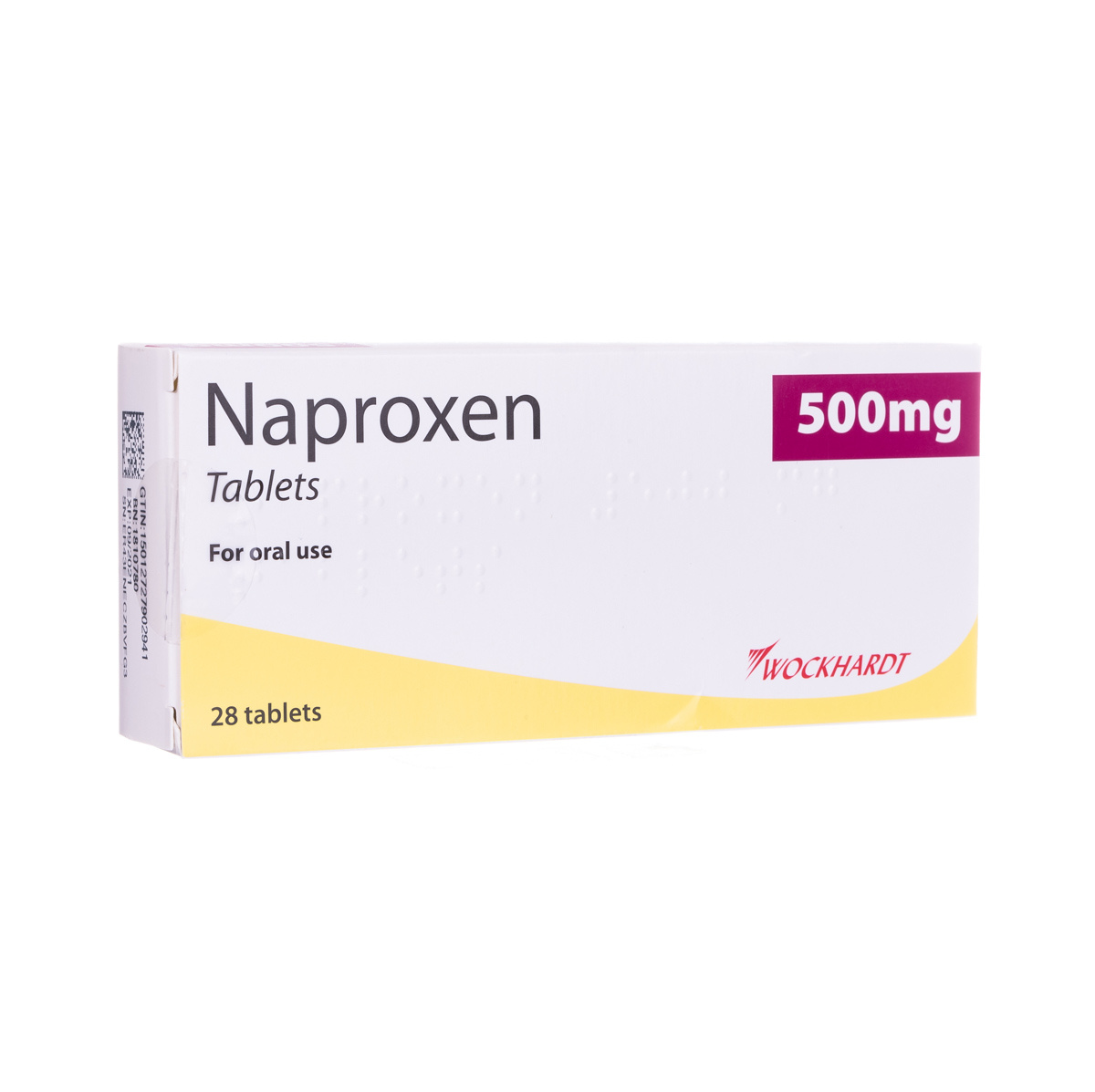