Is Dihydrocodeine stronger than Co-codamol?

Both known for their strong painkilling ability and use for chronic pain conditions (such as the pain caused by sciatica or phantom limb pain), Dihydrocodeine and Co-codamol have both been proven to be highly effective. But how are they different and which is stronger?

Dihydrocodeine is a man-made opioid analgesic that is usually used for the treatment of pain and severe dyspnea. It is also prescribed as an antitussive, prescribed alone or compounded with acetaminophens, such as in the case of co-dydramol or aspirin. The drug was developed in Germany in 1908 and was first marketed commercially in 1911.

Dihydrocodeine is available as tablets, elixirs, solutions, and other oral forms. It some other countries, the drug is also available as an injectable solution administered through subcutaneously and intra-muscularly although intravenous administration should be avoided because it usually results in anaphylaxis and life-threatening pulmonary oedema. Dihydrocodeine suppositories were used in the past. The drug dihydrocodeine is often used as a substitute for codeine.

The development of dihydrocodeine as a painkiller was accidental. It resulted from the research for more effective cough medicine to help in reducing the spread of tuberculosis, pneumonia, and pertussis during the years 1805 to 1915. This drug is similar in structure to codeine but twice as strong as codeine. Dihydrocodeine has extremely active metabolites but they are produced in such small amounts that they do not pose any clinical significance.

Dihydrocodeine is approved for the management of moderate to moderately severe pain, including coughing and shortness of breath. The antitussive dose of this drug tends to be less than the analgesic dose. For the relief of pain, dihydrocodeine is commonly formulated as tablets or capsules that contain 15 mg to 16 mg or 30 mg to 32 mg with or without other active ingredients such as aspirin, acetaminophen, ibuprofen, or others.

As with other opioid analgesics, physical tolerance and psychological dependence may develop with repeated use. All opioids can impair the mental or physical abilities that are required for the performance of potentially hazardous activities such as driving or operating machinery when taken in large doses.

Some common side effects of dihydrocodeine are itching and flushing, as well as other blood vessel dilation. This is attributed to the release of histamine in response to the drug using some types of receptors in the central nervous system or other responses in other parts of the body.

As with all drugs, the side effects of dihydrocodeine depend on the person taking the medication, which may range in severity from mild to extreme, from a simple headache to difficulty breathing.

Co-codamol is a combination analgesic that consists of a combination of codeine and acetaminophen or paracetamol. The medication is often prescribed for the treatment of moderate pain when NSAIDs such as naproxen or aspirin alone do not provide enough relief from symptoms, or where the use of drugs is not advisable.

Co-codamol is available in the following formulations:

Combination products containing codeine are available in many countries in the world, including the UK, Canada, Ireland, New Zealand, and more.

The use of Co-codamol may result in some unwanted side effects, including blood from the mouth, dizziness, skin rashes, sedation, hypersensitivity reaction, shortness of breath, fainting, nausea, confusion, short-term memory loss, drowsiness, and more.

Genetic differences between people give rise to different metabolic rates of codeine to morphine. In approximately 5% of users, this metabolic rate may happen fast, resulting in larger amounts of morphine passing through breast milk in such levels that could potentially cause fatal respiratory depression of a nursing infant.

Dihydrocodeine is typically administered as one 30 mg tablet every four to six hours, or up to six times daily. Taking more than one tablet of this drug will not give more pain relief but will only increase the risk of side effects.

Co-codamol is a combination of two painkillers: codeine and acetaminophen or paracetamol. It is usually prescribed as one or two tablets to be taken by mouth up to four times daily. It is important to not take more than two tablets at a time and no more than eight tablets in any given 24-hour period.

Dihydrocodeine has been proven to provide better relief and was associated with fewer adverse side effects. However, co-codamol provides better pain relief in some people. Both dihydrocodeine and co-codamol are both strong analgesics but the efficacy of each medicine depends on the people taking it. 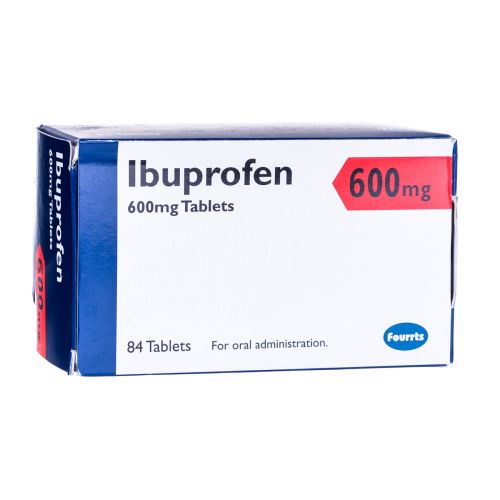